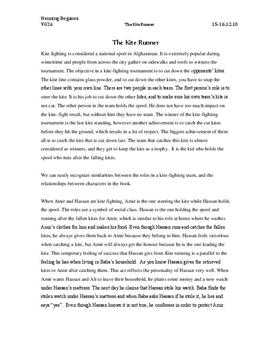 "Kite fighting is considered a national sport in Afghanistan. It is extremely popular during wintertime and people from across the city gather on sidewalks and roofs to witness the tournament. The objective in a kite-fighting tournament is to cut down the opponents’ kites. The kite line contains glass powder, and to cut down the other kites, you have to snap the other lines with your own line. There are two people in each team. The first person’s role is to steer the kite. It is his job to cut down the other kites, and to make sure his own team’s kite is not cut. The other person in the team holds the spool..."... Kaufen Sie jetzt Zugang, um mehr zu lesen Schon registriert als Abonnent? Bitte einloggen