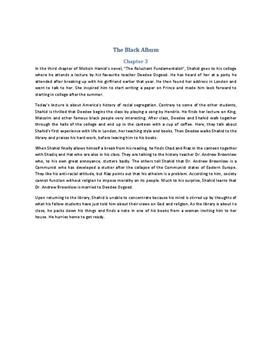 "In the third chapter of Mohsin Hamid’s novel, ”The Reluctant Fundamentalist”, Shahid goes to his college where he attends a lecture by his favourite teacher Deedee Osgood. He has heard of her at a party he attended after breaking up with his girlfriend earlier that year. He then found her address in London and went to talk to her. She inspired him to start writing a paper on Prince and made him look forward to starting in college after the summer.
Today’s lecture is about America’s history of racial segregation. Contrary to some of the other students, Shahid is thrilled..."... Kaufen Sie jetzt Zugang, um mehr zu lesen Schon registriert als Abonnent? Bitte einloggen