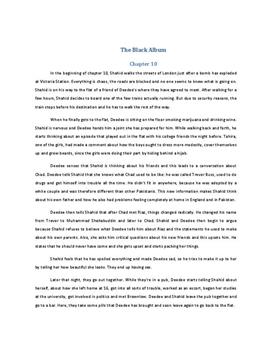 "In the beginning of chapter 10, Shahid walks the streets of London just after a bomb has exploded at Victoria Station. Everything is chaos, the roads are blocked and no one seems to know what is going on. Shahid is on his way to the flat of a friend of Deedee’s where they have agreed to meet. After walking for a few hours, Shahid decides to board one of the few trains actually running. But due to security reasons, the train stops before his destination and he has to walk the rest of the way..."... Kaufen Sie jetzt Zugang, um mehr zu lesen Schon registriert als Abonnent? Bitte einloggen