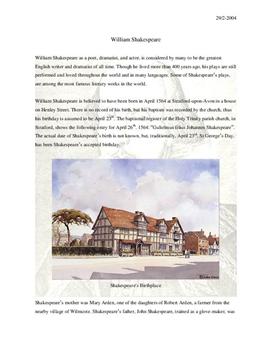 William Shakespeare as a poet, dramatist, and actor, is considered by many to be the greatest English writer and dramatist of all time. Though he lived more than 400 years ago, his plays are still performed and loved throughout the world and in many languages. Some of Shakespeare’s plays, are among the most famous literary works in the world.